Treatment group of PEEE (Peganum harmala ethanol extract) exhibited significant mast cell stabilizing potential at 100 mg/kg i.p 68.85±1.30 as compared to control group. Percent protection offered by PHEE at 100 mg/kg was 20.28% and was of statistical significance as compared to PHPEE and PHWE. 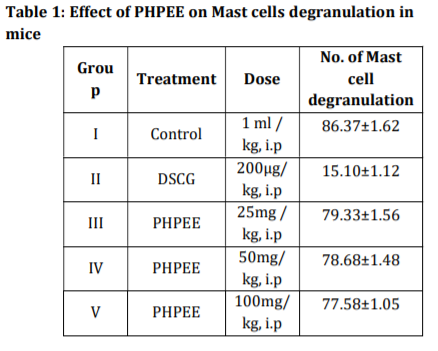 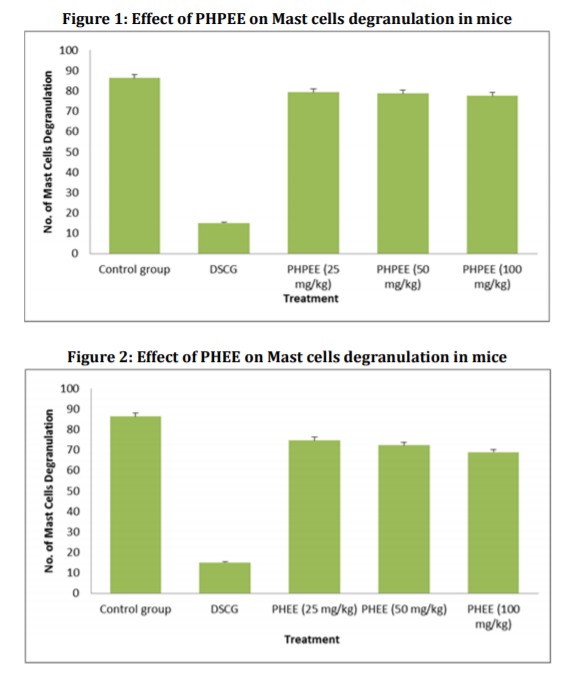 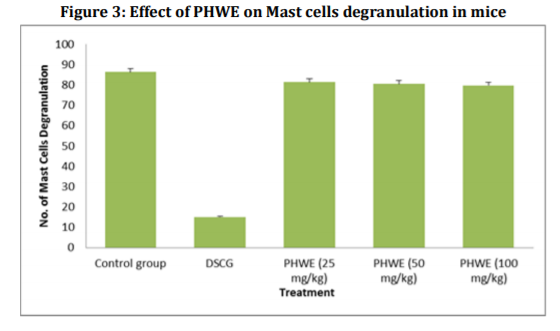 © 2016 NeuroPharmac J. This is an open access journal, and articles are distributed under the terms of the Creative Commons AttributionNonCommercial-ShareAlike 4.0 License.