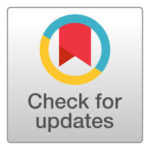 In this update on multiple sclerosis, the main clinical aspects and the basic features of the diagnosis including the new McDonald criteria, symptoms, pathophysiology, therapy and multiple sclerosis status in Saudi Arabia is discussed.

A new McDonald criterion is useful tool for the diagnosis of multiple sclerosis. An initial symptom of multiple sclerosis is weakness in one or more limbs (40%).demyelination is the main pathophysiological event. Disease-modifying treatment focuses on the long term management of the disease with the aim to reduce relapse rates, lessen severity, and to slow the progression of disability and cognitive decline. Multiple sclerosis is not common in Saudi Arabia, it may be fairly prevalent, under-diagnosed and in increasing. there is need to educate the common community mostly rural community by awareness, attitude and knowledge about multiple sclerosis in order to enhance patient’s adherence to treatment and his/her quality of life.

Multiple sclerosis is an autoimmune disease thatinvolves an attack on the central nervous system (CNS).[1] Myelin, which is a substance that surrounds and protects the nerve fibers, is damaged which leads to the formation of scar tissue, or sclerosis. Although multiple sclerosis was first described in the late 1800s, the cause of the disease still remains a mystery, and there is no known cure.[2] Due to the time frame in which multiple sclerosis typically develops, there is a large economic burden associated with this disease. This can be in terms of treatment costs, or in terms of a patient’s lost wages due to their reduced ability to work. One study estimated that in 2009, the annual cost of multiple sclerosis was about $24,000 per patient in treatment costs alone.[3] Multiple sclerosis is a disease that affects more women than men at about a 2:1 ratio.[1] When it comes to determining the risk of developing the disease, the most important factors to consider include: geography, age, environmental influences, and genetics.[1,4] multiple sclerosis is typically diagnosed between the ages of 15 to 45 years.[1] One of the unique aspects of this disease is its apparent uneven distribution across the world.[5] Traditionally, the disease affects white people of Nordic origin who live in temperate climates.[5] In general, the prevalence of multiple sclerosis increases the further one goes away from the equator.[1] Other factors that have been implicated include environment and viruses.[6] Some other researchers believe that a reduced vitamin D level may affect the risk of developing multiple sclerosis.[7] Vitamin D is naturally produced when a person’s skin is exposed to sunlight and people who live closer to the equator are exposed to greater amounts of sunlight which may reduce the risk of multiple sclerosis. Familial recurrence rate of multiple sclerosis is about 5% with the most commonly reported relationship being that of siblings.[1] This too is consistent with the idea that an environmental agent is important in the etiology, but it also hints that one or more genes may play arole as well.

This is the most common form of multiple sclerosis with about 85% of patients initially diagnosed with this course.[4] It is characterized by flareups (exacerbations) of symptoms followed by periods of remission. These exacerbations are clearly defined attacks of worsening neurological function.[9] In remission the symptoms either improve or are not present[4]

This course of the disease follows an initial period of relapsingremitting multiple sclerosis. After this initial period, the disease begins to worsen steadily, with or without periods of remission.[9] The time to conversion from relapsing-remitting multiple sclerosis varies from person to person, but an average time frame is 20-25 years after initial onset and diagnosis.[4] Since this presentation of the disease is not initially diagnosed, there are is no information regarding the percentage of patients who will develop this course of the disease.

This course is characterized by slowly worsening neurologic function from the onset of the disease with no distinct period of remission.[4] About 10% of patients are initially diagnosed with this course of the disease, and it is most commonly diagnosed in individuals who are older than 50 at the time of onset.[4] This form of multiple sclerosis is more resistant to the medications typically used to treat the disease.[4] The rate of the progression of the disease varies from person to person.[9]

The most important goal of multiple sclerosis therapy is to prevent permanent neurologic disability. The treatment of multiple sclerosis is subdivided into 3 categories which include: symptomatic, acute attacks, and disease modifying.[1] Symptomatic treatment revolves around helping to maintain a patient’s quality of life. This can be difficult since many of the symptoms of multiple sclerosis do not respond to drug therapy. The following symptoms will most likely benefit from pharmacologic management and should be initiated as the symptoms appear: spasticity, tremor, bowel and bladder symptoms, sexual dysfunction, and fatigue. Bladder frequency and urgency typically improve with oxybutynin, whereas pain and spasms typically respond to Baclofen.[17] About half of patients diagnosed with multiple sclerosis will become depressed, so it is important to be aware of mood changes and treatment and counseling may be necessary.[18] Treatment of acute attacks is centered on the treatment of exacerbations that affects a patient’s functional ability. The American Academy of Neurology recommends an IV injection of high-dose corticosteroids. The preferred agent is methylprednisolone at a dose of 500-1,000 mg/day for 3-10 days. Large doses of oral steroids may show comparable results; however, further studies are needed to validate this notion.[17] Disease-modifying treatment focuses on the long term management of the disease with the aim to reduce relapse rates, lessen severity, and to slow the progression of disability and cognitive decline.[1] Treatment is highly variable and differs for patients based on disease severity, cost, side effect profiles, and patient and prescriber preference. Currently there are nine FDA approved agents that can reduce disease activity and progression in patients with relapsing forms of multiple sclerosis.[4] These agents are: • Interferon beta-Ia (Avonex®) • Interferon beta-Ia (Rebif®) • Interferon betaIb (Betaseron®) • Interferon beta-Ib (Extavia®) • glatiramer acetate (Copaxone®) • mitoxantrone (Novantrone®) • natalizumab (Tysabri®) • fingolimod (Gilenya™) • teriflunomide(Aubagio®) The anti inflammatory properties of the beta Interferons are thought to be beneficial, but their mechanism of action is unknown in respect to multiple sclerosis.[4]

A main goal of MS treatment is to slow down the progression of the disease. Drugs that do this are called disease-modifying medications. One such medication is the oral drug Teriflunomide (Aubagio). It was approved for use in people with MS in 2012. A study published in The New England Journal of Medicine found that people with relapsing MS who took Teriflunomide once a day showed significantly slower disease progression rates and fewer relapses than those who took a placebo. People given the higher dose of Teriflunomide (14 mg vs. 7 mg) experienced decreased disease progression. Teriflunomide was only the second oral disease-modifying medication approved for MS treatment.[22]

A third oral disease-modifying drug became available to people with MS in March of 2013. Dimethyl fumarate (Tecfidera) was formerly known as BG-12. It stops the immune system from attacking itself and destroying myelin. It may also have a protective effect on the body, similar to the effect that antioxidants have. The medication is available in capsule form. Dimethyl fumarate is designed for people who have relapsing-remitting MS (RRMS). RRMS is a form of the disease in which a person typically goes into remission for a period of time before their symptoms worsen. People with this type of MS can benefit from twice-daily doses.[22]

Alemtuzumab (Lemtrada) is a humanized monoclonal antibody (lab produced protein that destroys cancer cells). It’s another disease-modifying agent approved to treat relapsing forms of MS. It targets a protein found on the surface of the immune cells called CD52. Though it’s not known exactly how Alemtuzumab works, it’s believed to bind to CD52 on T and B lymphocytes (white blood cells) and cause lysis (break down of the cell). The drug was first approved to treat leukemia at a much higher dosage. Lemtrada had a hard time getting approval for MS in the United States. The Food and Drug Administration (FDA) rejected the application for Lemtrada’s approval in early 2014. They cited the need for more clinical trials showing that it does not cause serious side effects. Lemtrada was later approved by the FDA in November 2014, but it comes with a warning about serious autoimmune conditions, infusion reactions, and increased risk of malignancies like melanoma and other cancers. It was compared to EMD Serono’s MS drug, Rebif, in two phase III trials. The trial found that it was better at reducing the relapse rate and the worsening of disability over two years. Due to its safety profile, the FDA recommends that it only be prescribed to patients who have had an inadequate response to two or more other MS treatments.[22]

MS affects cognitive function as well. It can negatively affect memory, concentration, and executive functions like organization and planning. Researchers from the Kessler Foundation Research Center found that a modified story memory technique (mSMT) can be effective for people who experience cognitive effects from MS. Learning and memory areas of the brain showed more activation in MRI scans after mSMT sessions. This promising treatment method helps you retain new memories. It also helps you recall older information by using a story-based association between imagery and context. Modified story memory technique might help someone with MS remember various items on a shopping list, for example.[22]

Multiple sclerosis is a progressive disease with no cure so far. Although treatments are available to manage the disease course, they are only partially effective. A combination of drugs and physical, speech, and occupational therapies; exercise; rest; and healthful nutrition may relieve symptoms and promote a satisfactory quality of life. The past few years have seen increasing improvement in the development of laboratory and imaging approaches to study multiple sclerosis, leading to a better understanding of the pathogenesis, pathology, and genetics of the disease. We look forward to patient education, awareness, attitude and knowledge that should be made by the neurologist and follow up by a trained multiple sclerosis nurse in order to enhance patient’s adherence to treatment and his/her quality of life.

© 2016 NeuroPharmac J. This is an open access journal, and articles are distributed under the terms of the Creative Commons AttributionNonCommercial-ShareAlike 4.0 License.
(Visited 21 times, 1 visits today)