Abstract: Curcuma caesia is commonly known as kali haldi and it belongs to the family Zingiberaceae. This herb is available throughout in India it is found in West Bengal, Madhya Pradesh, Orissa, Chhattisgarh, and Uttar Pradesh states. In the traditional system of medicine, fresh and dried rhizomes of Curcuma caesia Roxb are used in treating leucoderma, asthma, tumours, piles, bronchitis, bruises, etc. The aim of this study was to evaluate phytochemical constituent of Curcuma caesia Roxb rhizomes. Preliminary phytochemical studies investigated the presence of abundance of volatile oil, phenol, flavonoids, alkaloids and proteins in Curcuma caesia rhizomes. Present communication deals with the detailed pharmacognostical evaluation of the Curcuma caesia rhizomes.

Curcuma caesia Roxb is a member of the family Zingiberaceae and popularly known as Kali haldi. In India it is found in West Bengal, Madhya Pradesh, Orissa, Chhattisgarh, and Uttar Pradesh states. It nourishes well in moist deciduous forest areas.[1] Rhizomes of the plant are used for sprains and bruises and also employed in the preparation of cosmetics.[2] The effective use of Curcuma longa Linn. well known since a long time; it is laxative, anthelmintic, and vulnerary, besides this it is used in blood disorders, leukoderma, scabies, small-pox, and sprains. Curcuma amada Roxb is useful in bronchitis, asthma, sprains, skin diseases, and in ammation caused due to injuries.[3] The genus Curcuma is a well-known spice of India. It is also called Haldi and more than 200 species and subspecies of it is found all across the world. One of which is Curcuma caesia Family: Zingiberaceae. It is also known as “Kali Haldi.” It is an erect rhizomatous herb with large leaves. Fresh rhizomes are aromatic with intense camphoraceous odour and are applied externally to sprain and bruises.[4] Black Turmeric (Curcuma caesia) is native to North-East and Central India. It is also sparsely found in Papi hills of East Godavari, the root hills of the Himalayas and North Hill forest of Sikkim. The rhizomes of Black Turmeric have a high economic importance owing to its putative medicinal properties. The rhizomes are used in the treatment of hemorrhoids, leprosy, asthma, cancer, epilepsy, fever, wound, vomiting, menstrual disorder, smooth muscle relaxant activity, anthelmintic, aphrodisiac, inflammation, gonorrheal discharges, etc.[5]-[6] Almost all species of Curcuma contains antioxidant activity and the pharmacological effects and prospects for future clinical use had been tried so far.[7] 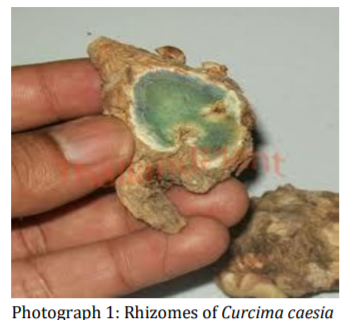 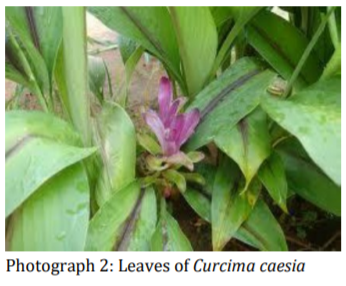 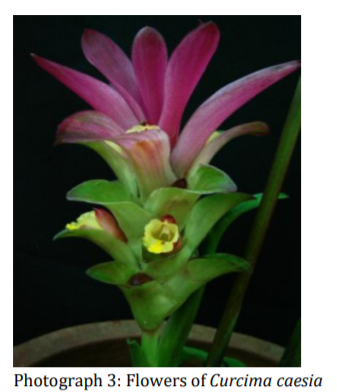 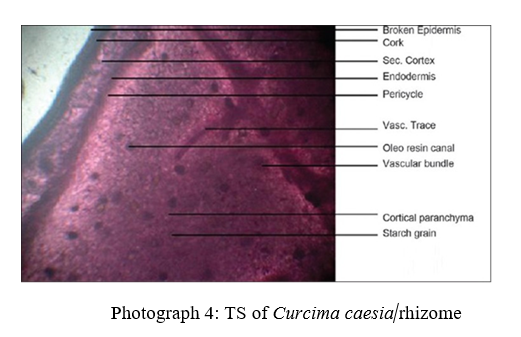 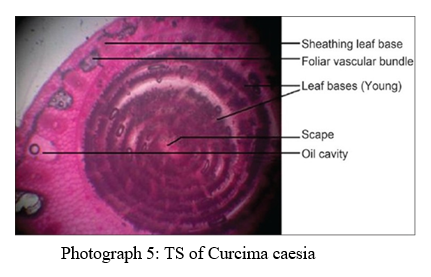 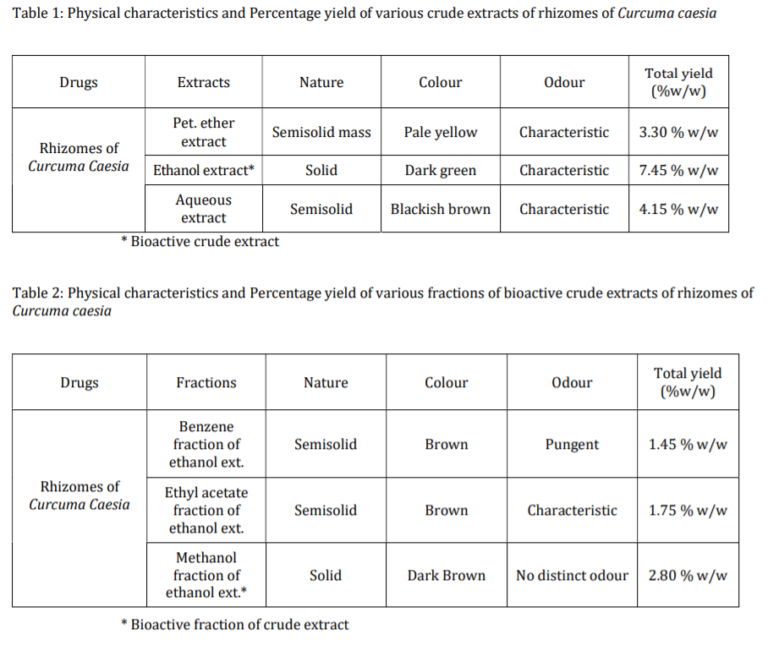 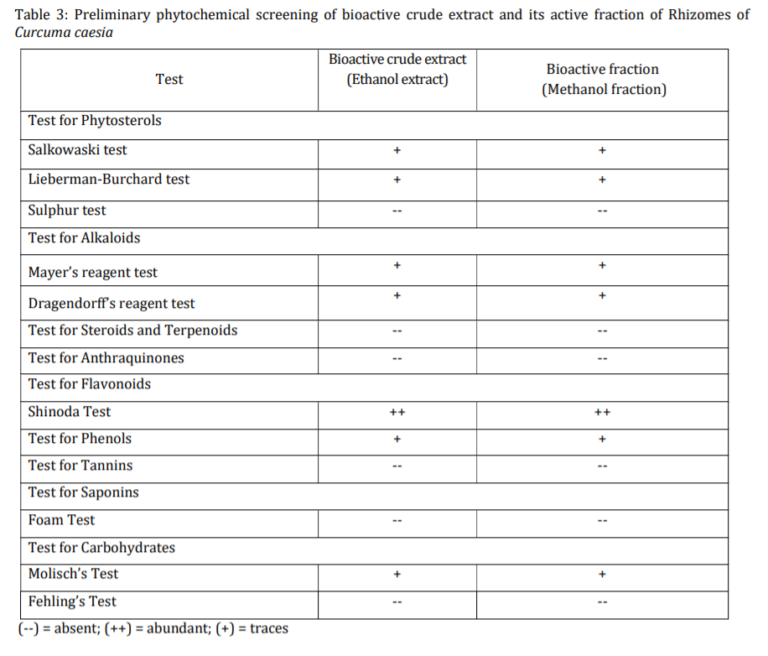